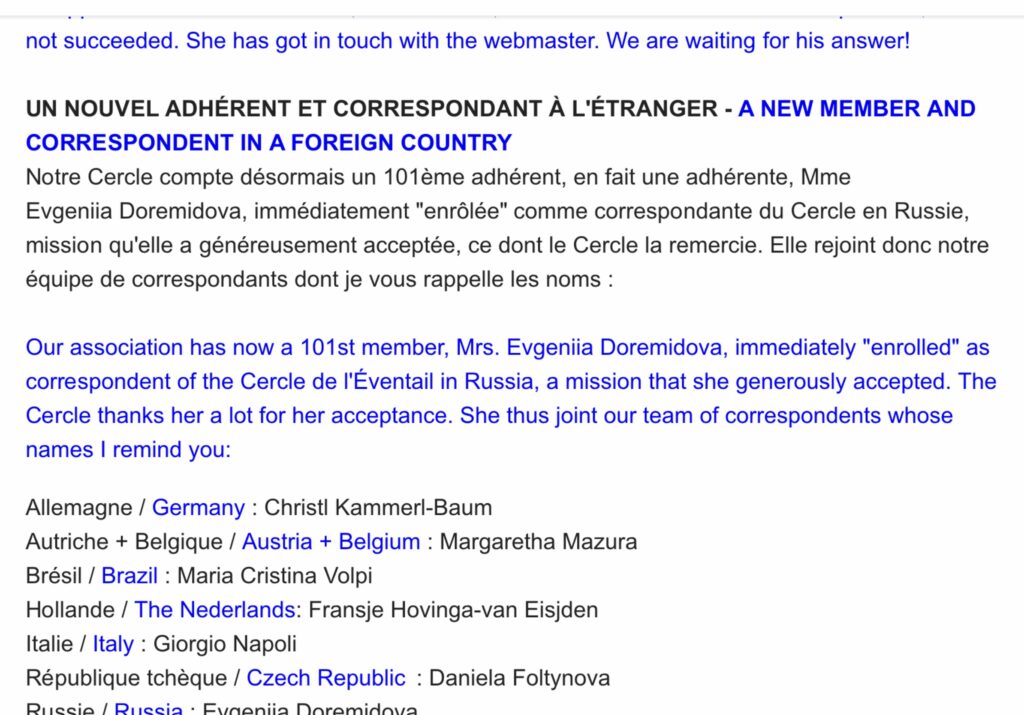 It’s a big honour for me to join French association of fan lovers the “Fan Circle”! I am a 101st member and the first from Russia. I’ll do my best to be correspondent from Russia and already started with the first report, dedicated very nice museum of Emperor’s dress in Pavlovsk, Imperial residence near Saint […] 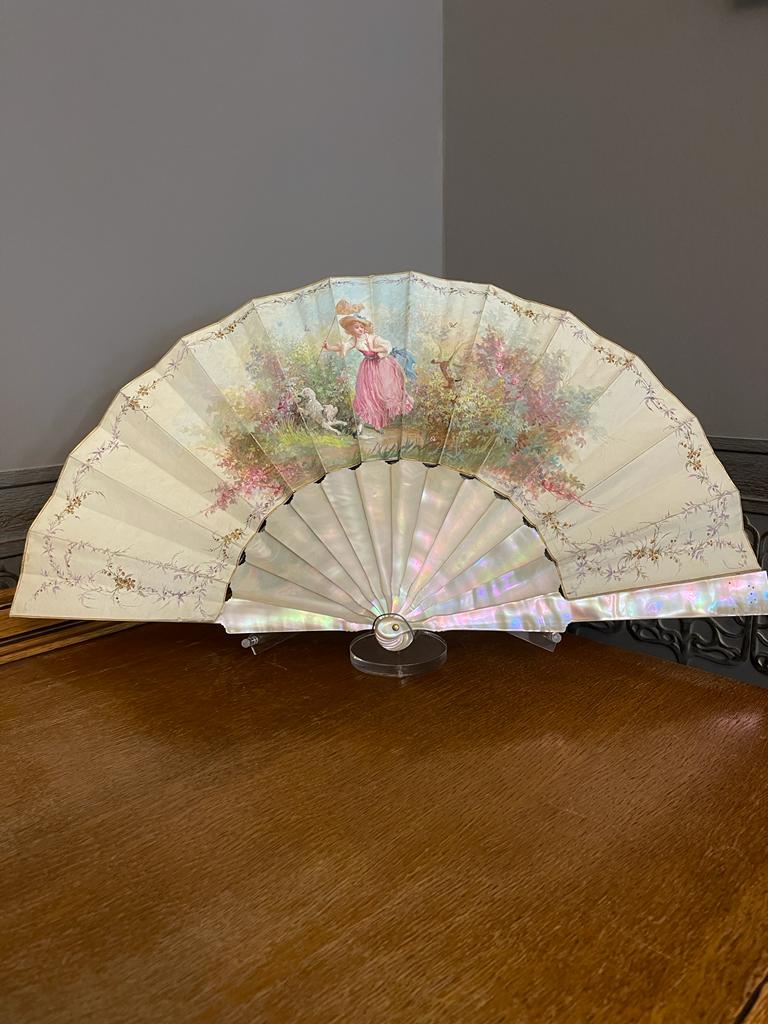 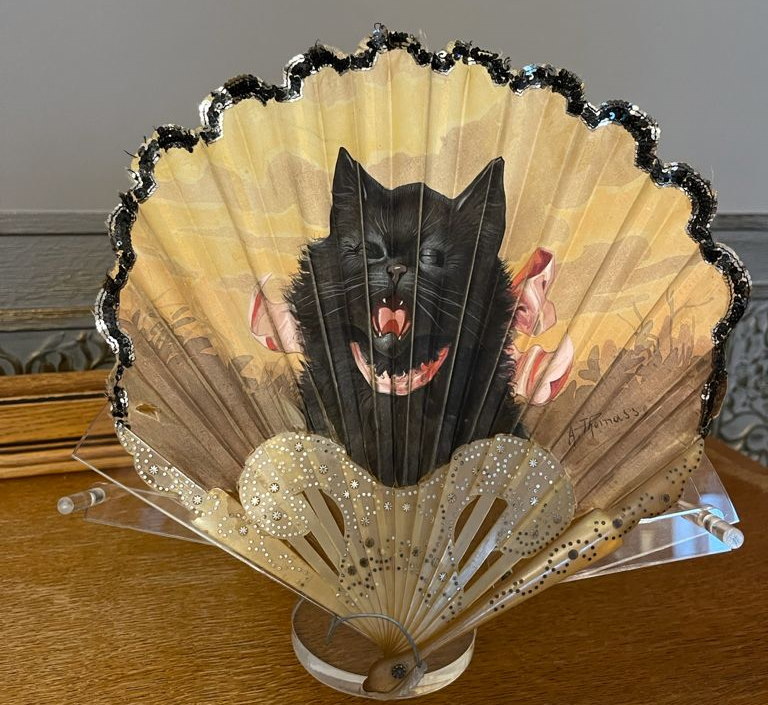 The black cat fan by Adolph Thomasse and Duvelleroy is quite rare and very spectacular fan, I am so lucky to get it in collection!

New acquisitions to the collection 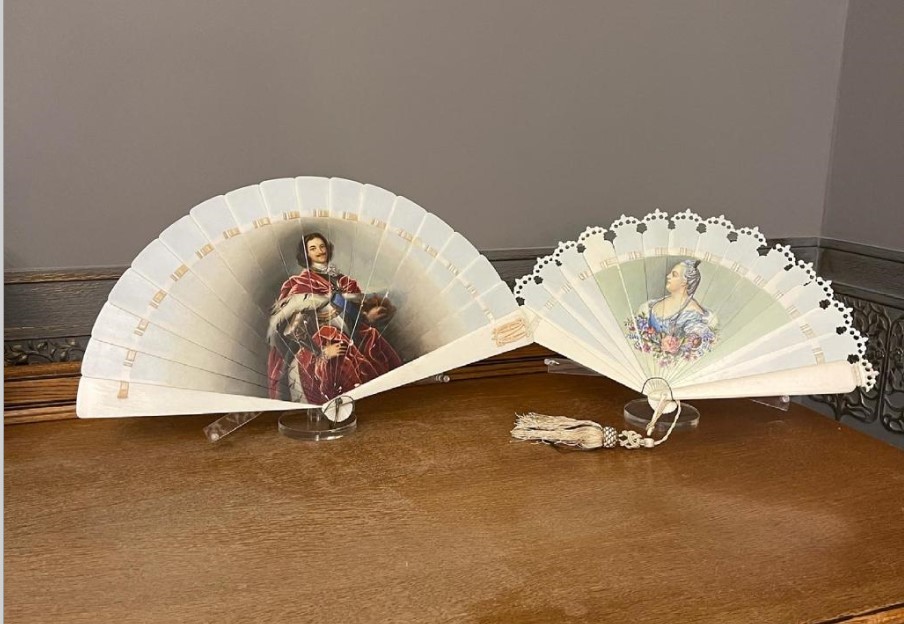 Those two brise fans were purchased thanks a tragedy: at the beginning of April 2021 died unexpectedly famous Moscow collector Olga Zateeva. Her heirs contacted me to sell some part of collection and I bought those ivory brise fans with portraits of Russian Emperor Peter I (copy of the portrait by Ivan Nikitin in Uffizi […]

New fan in the collection 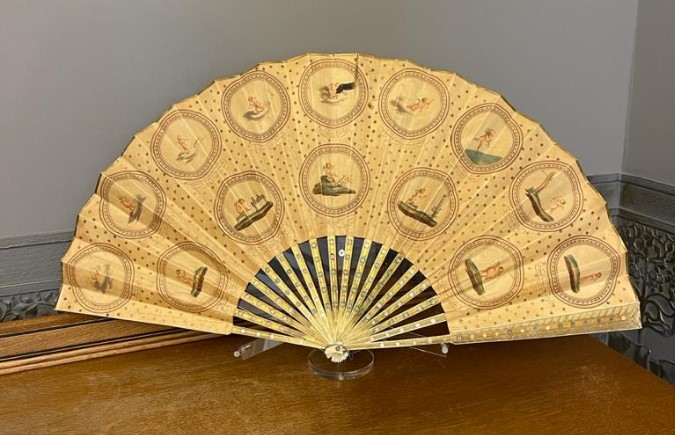 Paper leaf fully embroidered with golden star shape sequins and printed vignettes telling the stories from the birth of Love to it`s triumph. Bone frame engraved, silvered and inlaid with star shape silver sequins. The guard sticks are made on a shape of arrows. Big fan 34,5 cm Stamp of publisher and the printer: Dugrenot […]

The report from opening of the exhibition “Antique hand fans from private collection of Evgeniia Doremidova in Museum of Dmitrov Kremlin. 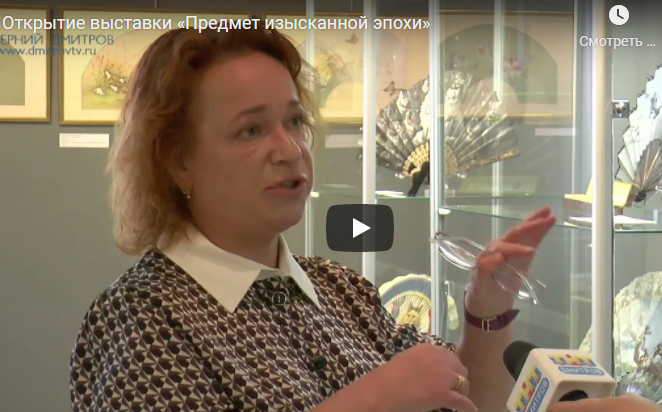 Opening of the exhibition

21st of April the exhibition of antique hand fans from my collection has been opened. The exposition looks very sophisticated and attractive thanks to professional stuff from Dmitrov`s Kremlin Museum. On opening ceremony I was thrilled seeing the reaction and great  interest from visitors!

Dear fans of decorative arts! You are very welcome to the exhibition of hand fans from my collection. It takes place in museum of Dmitrov town near Moscow. Will be presented more than ninety hand fans of different epochs, styles, materials and technics of creation. The address of Museum: Dmitrov town, Zagorskaya street 17. The […]

Another victory over time! 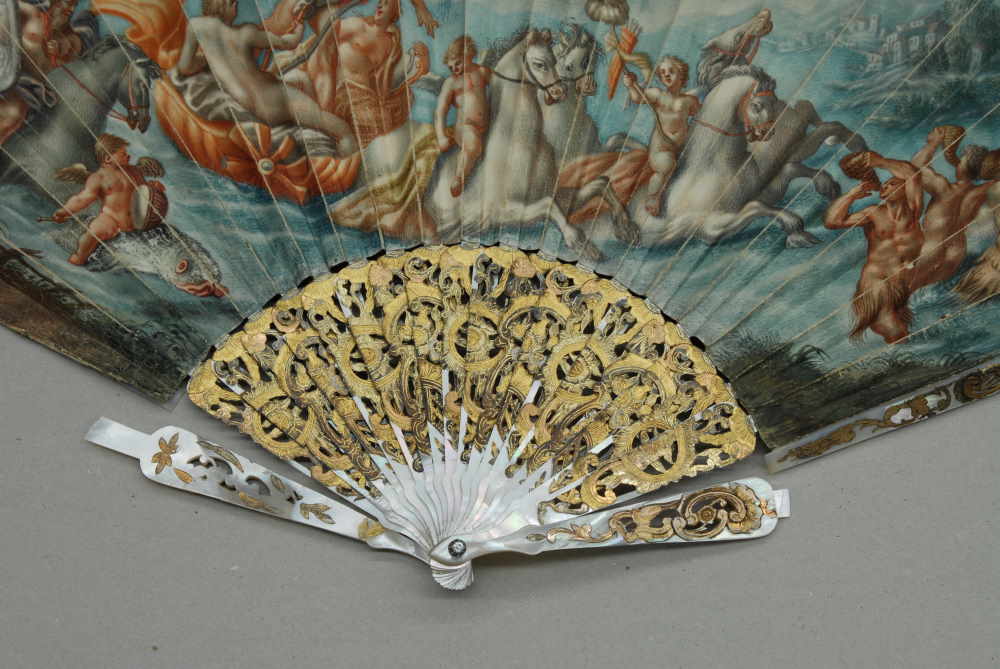 Thanks to amazing work of the restorer Tatyana Maslova, another masterpiece of decorative art has been saved! Look at the pictures of how she glued the breaks on mother – of – pearl guard sticks of “Triumph of Poseidon” fan.

With pride & excitement I am presenting to you my collection of antique hand fans. In collection are represented hand fans from different countries, centuries & style.